Here is my nightmare with Hostnet. You decide for yourself but I strongly recommend not using them!

In late 2009/early 2010 I took the following steps to cancel my dealings with Hostnet in regards to a domain name mightymous.nl. I had bought this domain on impulse in 2005 but never ended up using it (as the charges associated with this were too high.. which). Therefore I really wanted to get rid of it before moving from the UK to New Zealand in 2010.

I took the following steps:
1. I phoned Hostnet to inform them that their services were no longer required and to please cancel my dealings with them. I was informed that I they could not take cancellations over the phone and that I would have to use the ‘portal’ to cancel the services.
2. I went into the portal and did not find any option to cancel. The system was sluggish and I was not sure if the reason was that I was on a Mac using Safari and Firefox but could not find any option or button anywhere to cancel the services.
3. I then tried to find an email address but did not find any on their site. It seemed that all communications with them were routed through their online contact form. I’m happy to see they now do provide email addresses but back then they did not!
4. I used the contact form to inform them that I had tried to cancel using the portal and had failed to do so. I asked them to cancel and to not charge me for further services when the domain would come up for renewal.
5. I then send a letter stating the same and considered my dealings with Hostnet closed.

The problem with this whole process is that I ended up without proof of my cancellation. The online form did not send me a copy and the letter was send regular and not registered mail.

As I considered the matter closed I therefore did not inform them of my change of address nor that I had discontinued the email they had registered.

It came as a shock to me that when I checked into my old email address randomly in February 2010 to see an email from Hostnet saying they tried to charge by (closed) bank account and failed (65.15 Euro) and would therefore refer the matter to their dept collectors.

You can understand my shock and frustration!!!

I contacted Hostnet on the 22nd of February 2010 to inform them of what had transpired, using their contact form (this time I did receive a copy to my inbox so they must have improved the functionality) and I also send a message to customercare@hostnet.nl on the 25th of February (which did not bounce back to me so I expect they have received it).

In both I explained what had happened and asked them to refrain from further action as I had done everything in my power to cancel and therefore they were not entitled to extend and charge for an additional 5 years of services I did not desire!

Instead of hearing from Hostnet, I started receiving messages from Ultimoo (their debt collectors) demanding 152.15 Euro within 48 hours. I referred them back to Hostnet as I dispute the claim as to my knowledge the domain had been cancelled. I also send Hostnet another message asking them why, instead of getting back to me themselves as per my request, debt collectors were now contacting me?

Today the 8th of March I’ve received another message from Ultimoo demanding money again within 48 hours! Still nothing from Hostnet.

I see Hostnet mention on forums that they respond within 48 hours to all matters but I’m getting the feeling they provide better service to their debt collectors then they do to their (former) customers!

I have just logged back into the Hostnet portal and see that more functionality is available now (they must have improved a bit following complaints) and they also have email addresses to contact them on. I just wanted to check if my many messages to say that a. the domain should have been cancelled and b. please cancel it now if it has not had been actioned. I can see that they still had not done so.

But still when I selected my domain name and then clicked ‘opzeggen’ (which I understand means cancel) it just seems to refresh the page. It does not cancel the domain or anything. Turns out you have to then click ‘verder’ to actually cancel. What rubbish! And still there is a message saying something about contacting Administratie which makes me doubt that this was successful (although having the option at all was better than last time I tried this).

I also tried to cancel the ‘automatishe incasso’ but again there is something about Administratie so I assume this has not been done.

As you can tell, I’m very frustrated with Hostnet. They decline to deal with my directly after I’ve made several requests to hear from them to find out what went wrong. I now feel inclined to post my story online to warn others about problems that they may face when trying to cancel and with the silent extensions for services you may not want. I still hope this may be resolved but I categorically refuse to pay for a service I never wanted and had cancelled. 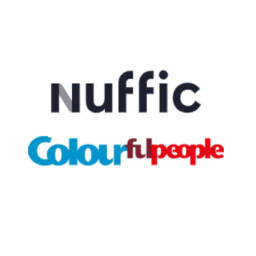